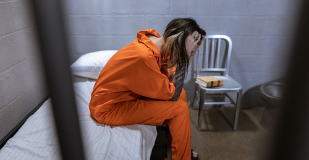 As advocates for an equitable and responsive behavioral health system, we are constantly seeking opportunities to increase awareness of disparities and address systemic concerns. In the winter of 2015, we were able to host the bi-annual Association for Justice-Involved Females and Organizations (AJFO) conference where leaders in the health, justice, and community development sectors were invited to discuss the status of women and girls in the justice system and chart new paths to resiliency. We made a special point to include a session called Improving Correctional Policy and Practice for Pregnant Women in Prison. 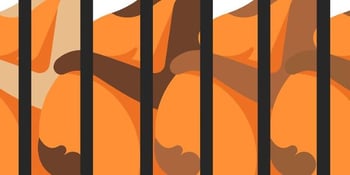 Among those attending was Donna Maselli, MPH of the Connecticut Department of Public Health. For two hours, Maselli, Consortium staff, and other attendees discussed the correctional facilities’ critical needs, how best to assess operational practices, and how these things might impact pregnant women. Those in attendance were furious about the use of restraints on pregnant women before, during, and after labor.

This session sparked something among Consortium staff and in 2018, when Senate Bill 13: An Act Concerning the Fair Treatment of Incarcerated Persons was raised, we took a stand against the barbaric treatment of justice-involved pregnant women. Maselli further advocated for the bill, speaking candidly about what she learned at AJFO. The combination of Kathleen Callahan’s testimony and Maselli’s efficacious advocacy proved successful, and the bill was signed into law by Governor Molloy in October 2018. Now, incarcerated women endure labor in a more respectful environment befitting the gravity of the experience.

As a small non-profit organization, we are proud to support change to the justice system that creates a respectful, healing environment aimed towards rehabilitation over condemnation. Our next efforts, in coordination with other non-profits and advocates, is the elimination of birth in correctional environments.