Want to help Black mothers? Listen to them 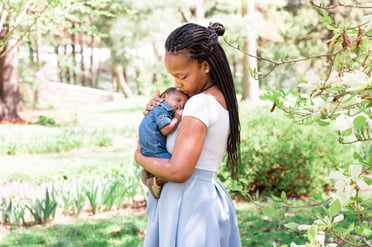 Last week, as I was scrolling through my Instagram feed, a post caught my attention, “Vice President Kamala Harris Pledges Her Support to Black Women Regarding Maternal Health: ‘Black Women Are Not Being Heard.’” Those last five words caused a flood of emotions, memories, and fears to flow throughout my body —all I could do was cry.

My son is three years old, but I will never forget my pregnancy nor labor. It started out slowly when, after taking three pregnancy tests, I finally called my primary care physician. They referred me to an OBGYN practice that consisted of midwives and doctors who I would see on a rotating basis each appointment. My mother was concerned from the start, but I figured if my doctor referred me there, then there shouldn't be any problems. 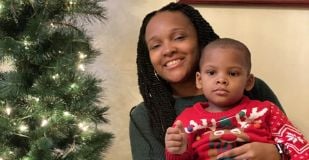 From the first day, I began to realize how much race truly mattered. My husband was stationed in North Carolina because he was an active-duty Marine at the time. Despite being married, I was immediately treated as a single mother and was presented with pamphlets for state insurance and W.I.C. Every visit I had to give the same speech, saying, “Thank you but I do not qualify, I am currently working, as is my husband, and we are fully insured.” Next came the questions about health. When it came to certain screenings for my child, I was told on occasions that I “didn’t need to worry” because “this isn’t a disease that black people get.” I had to let them know my husband is biracial and ask that they please test our child for everything.

I had always heard of people having a birth plan and a backup plan in case anything went wrong during pregnancy. I knew that my mother had an emergency C-section with each of her pregnancies, and I was the same age she had been with her first. I told the doctor my concerns and that I wanted to have a plan in case I needed to have a C-section, but they brushed me off as if I was overreacting.

On March 12, 2018, at 30 weeks pregnant, I went home from work with a bad stomachache. My stomach felt hard. I called my husband who thankfully was home from a recent deployment and told him that I was taking a nap and to pick me up in a couple of hours. My husband called and as I walked out of the front door, blood came rushing down. I called the doctor and they told me to rush to the Emergency Room. I didn’t know where to go or what to say, we were in a panic. After the doctors ran a test, I was informed that my placenta abrupted and I would have to have an emergency C-section, the exact thing I tried to plan for.

The only thing I remember from my son’s birth is hearing him cry and the doctors rushing him out. I turned to the doctor and warned them that my head was pounding, and my husband screamed for somebody to help, my wife is having a seizure. 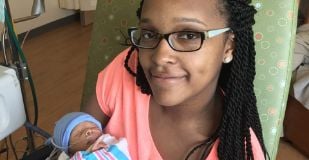 I had a seizure that we believe was caused by the epidural, preeclampsia, eclampsia, bleeding on my brain, a blood clotting condition. I had to stay in the intensive care unit for a week and was unable to drive for 3 months. Even now, I am unable to take birth control and I have trouble remembering things like my wedding date or most of 2018. Because of all the stress and trauma, I was unable to produce sufficient breast milk for my son while he was in the NICU for a month. I was warned that I might have postpartum depression but was never given or directed to the proper resources. To this day, I still don’t know why all these events happened to me and when I tried to investigate, I was told details were in a closed file and all they could see is that I had had a C-section.

So many people have asked me if I plan on having another child. Each time, I immediately go into a panic. Not because I don’t want any more children, but out of fear that once again I won’t be heard and that this time no one will be around to save my life. All we want is to be heard and cared for like everyone else.

As Vice President Kamala Harris’ statement reflects, I am not alone in my experience. Black mothers are two to three times more likely than their white counterparts to die from a pregnancy related cause. Black mothers, like AIAN, and NHOPI women, are at a higher risk for preterm births, low birthweight births, or births for which they received late or no prenatal care. Preeclampsia specifically, which I endured during my labor, exists in consistently higher rates among Black mothers when compared to white mothers. These disparities come from a dark history of mistreatment and abuse, and they remain a central part of the conversation on equity. We need to listen to Black women, hear their concerns, and address them appropriately. Ignoring their voices leads to pain and cyclical trauma, all of which can be mitigated with proper medical treatment and respect.